Cooking with Chitetezo cookstoves to reduce deforestation in Malawi

Villagers in Manyamba Village, Malawi are using fuel-efficient cookstoves to increase their household income, save time and protect their surrounding forests.

Exorbitant demand for wood has greatly contributed to the degradation of Malawian forests. Most of the ever-growing population relies on forests for fuel but have little to no capacity to replenish them. Expectedly, these treasured resources have been declining year after year.

Luckily, efforts are in place to restore historical forest cover and to protect remaining forest stocks while ensuring that rural people have access to resources and practices that meet their needs.

In Manyamba Village in Phalombe, a district situated some 80 kilometres east of Blantyre City, the community is realizing the need to preserve and champion forests through activities like afforestation and natural regeneration and rethinking resource consumption through alternative methods of cooking.

Through facilitation from the Enhancing the Resilience of Agro-Ecological Systems Project (ERASP), led by the International Fund for Agricultural Development (IFAD), Manyamba villagers organized a committee of local community members to manage their surrounding forests; the Manyamba Natural Resource Management Committee.

“To speed up the achievements of the committee’s objectives, we ventured into production of movable clay energy saving stoves known as Chitetezo cookstove,” explains Martha Moyo, committee chair. 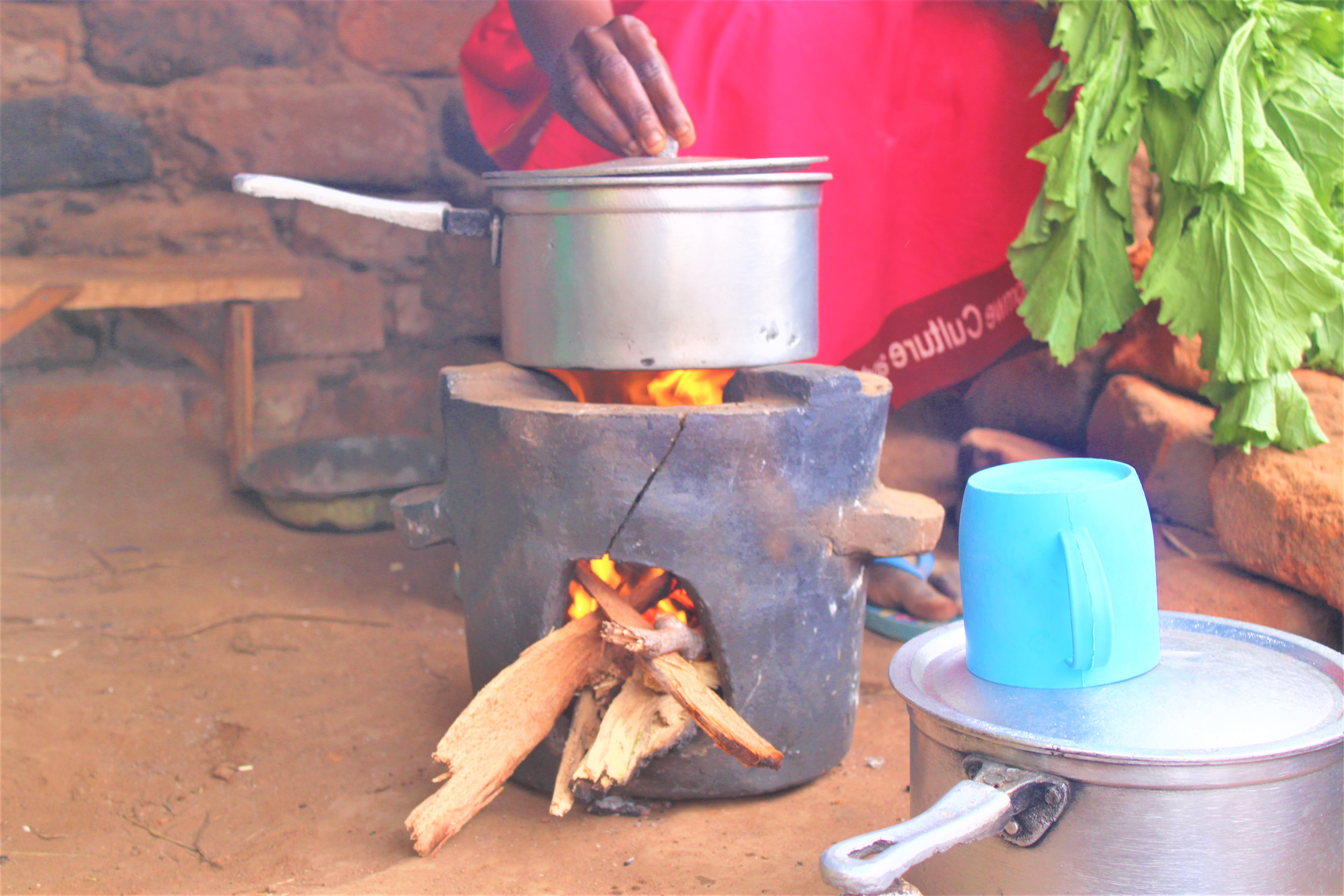 Since the establishment of the committee in 2018, Moyo reports that they have produced over 987 cookstoves which are sold within and outside the community to help ease pressure on the remaining forest stocks. “It is from the same committee that we birthed a group which is now called Manyamba Chitetezo Mbaula Group,” she explains of the group which consists of 30 women from the community.

As the group’s secretary, Bridget Bulila asserts that molding the stoves is no simple task. “It is not an easy job as one needs to ensure that appropriate materials are being used.”

The cookstoves are molded from a mixture of clay, cow dung and water, taking up to 2 weeks to consolidate. The stoves are then shaped using special molding tins, dried and fired for 2 days in a kiln.

This method guarantees strong and long-lasting stoves that, with proper care, a household can use for at least 5 years.

Since the group started producing these stoves, there has been a growing demand for more, so much so that the group has trained 2 more groups in the community to bring them further afield.

According to Bridget Bulila, Chitetezo cookstoves have really proven to be fuel efficient compared to traditional cooking methods which use a lot of firewood to prepare a single meal.

Bulila says that 3 pieces of wood are enough to prepare a meal for a whole family with Chitetezo cookstoves. “We have realized an overwhelming change in firewood usage in all the households that are using Chitetezo cookstoves. One bundle of firewood can now last up to 2 weeks, unlike in the past where the same bundle was used up within 2 days in addition to decreased cooking duration,” she says. 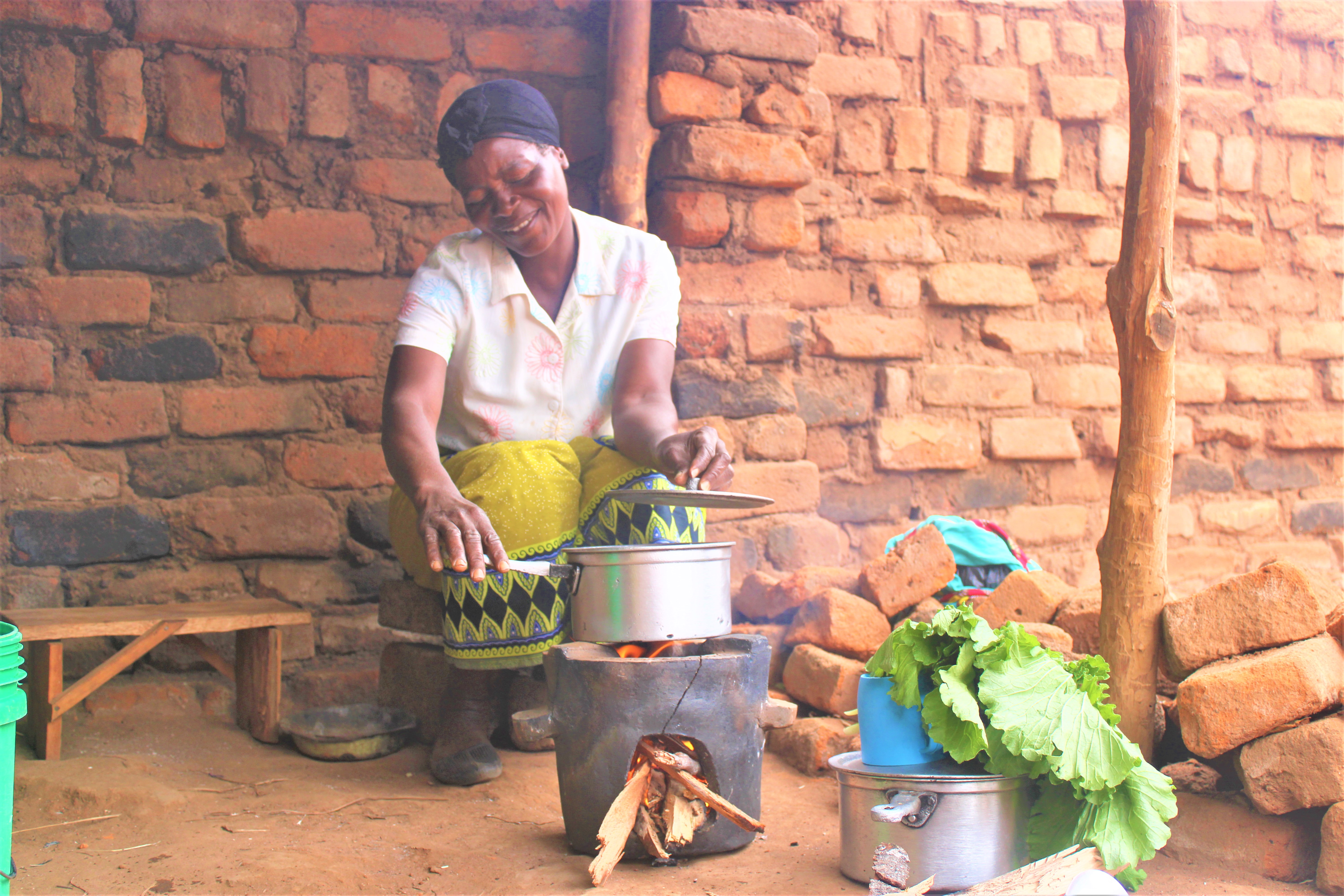 A community member smiles as she demonstrates the cookstove. Credit: Felix Malamula (PRIDE)

Reducing firewood usage also affects women’s time and labour since they are traditionally responsible for firewood collection. Time saved is time well-spent when it comes to resilient food futures.

“Additionally, another thing is that little smoke is produced from these mobile cooking stoves compared to the traditional method which is a potential cause for indoor pollution that could lead to respiratory infections, especially in poorly ventilated kitchens. The fact that one can easily move the stove to any desired place is also an added advantage” added Bridget Bulila.

The cookstoves have also proven to be a money maker for women in Manyamba Village, with one stove fetching around a thousand Malawi Kwacha (around 1 USD).

While the production of the stoves is mainly occurring within the group, individual members are being encouraged to produce them at the household level to increase their household income. From the profits of the sales, some of the members have managed to buy small livestock like goats and chickens with one member even managing to pay for their child’s tertiary education.

Forests are an important resource that meet many diverse needs of communities in Malawi and indeed across the globe. The villagers of Manyamba village have demonstrated that re-examining relationships with forest resource use can result in new practices with all-around benefits for advancing food security and creating sustainable livelihoods.