From charcoal to honey: Why Malawian farmers are making the switch

In Malawi, former charcoal producers are making a beeline for a more sustainable and rewarding source of income.

Thousands of people in Africa earn their livelihoods from charcoal production and Malawi is no exception. As one of the least electrified countries in the world, most Malawians rely on charcoal for everyday activities such as cooking. The shortage and high cost of electricity fuel the demand for charcoal, which has led to an alarming destruction of forests and entire ecosystems.

The deforestation and loss of vegetation due to charcoal production has laid waste large swathes of the countryside, which now lie bare, and offer no resistance against floods and droughts.

Not that Malawians are ignorant of the devastating effect charcoal production has on the environment. Tombozgani Kumwenda, a former charcoal producer and resident of Karonga in the northern region of Malawi, remarks: “I don’t think we were cutting trees not knowing how important they are. But charcoal production was the easier option for many of us.”

Villagers were so desperate to earn an income that they weren’t even deterred by sanctions. For example, Karonga’s headman Chief Kenani fined perpetrators 5 000 Malawian Kwatcha (USD 7) for felling trees for charcoal, but, he acknowledges, most people “had no better alternatives at that point.”

Fortunately, the situation is changing. The GEF-funded, IFAD-implemented Resilient Food Systems (RFS) programme has introduced beekeeping initiatives in Malawi, which are offering people in Karonga, like Tombozgani, a more sustainable and rewarding means of earning an income.

Some 194 villagers signed up for the beekeeping initiative. The programme beneficiaries received training in all aspects of beekeeping – how to build apiaries, and how to colonise and manage hives. They also received advice on how to access end markets for harvested honey and beeswax. 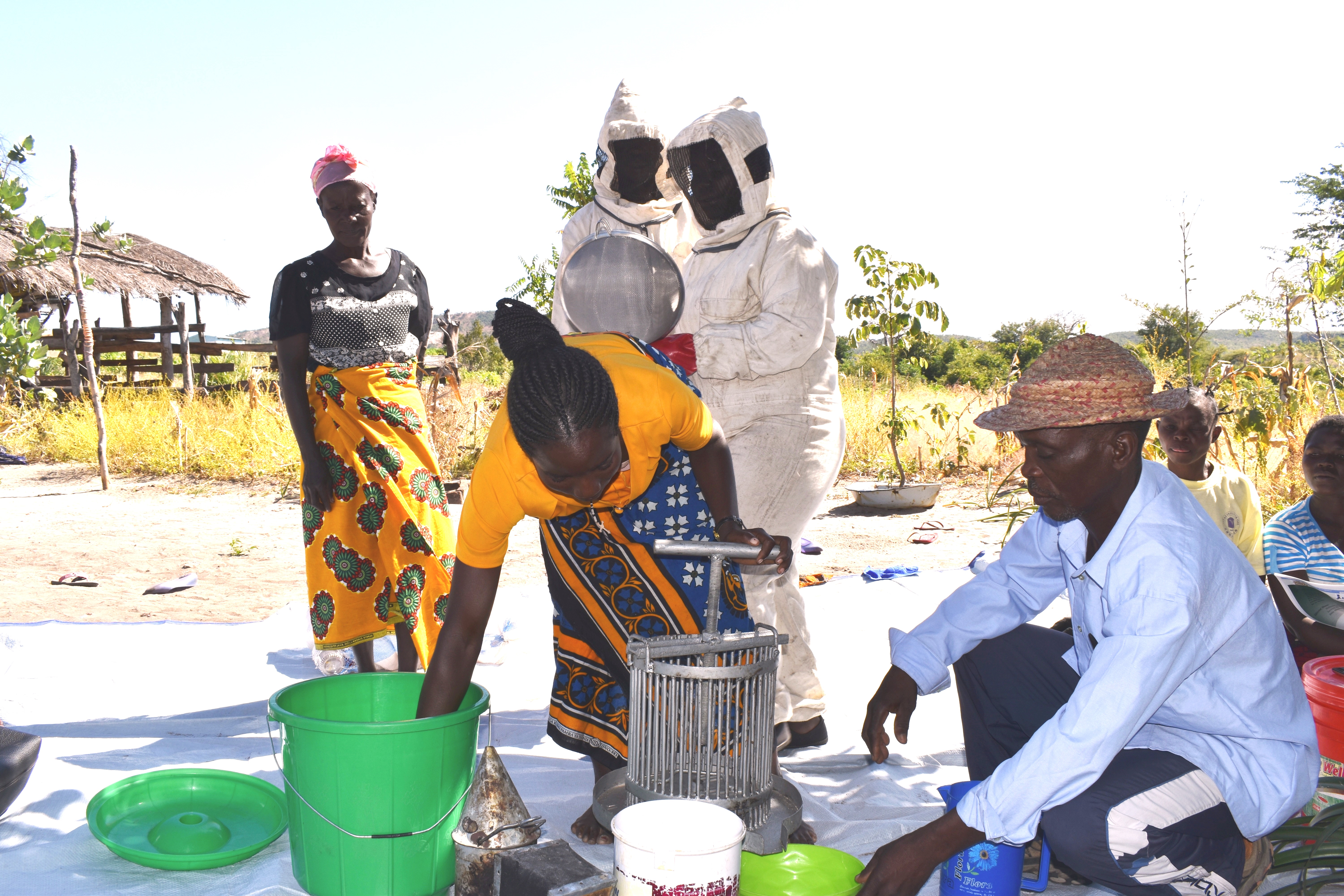 Members of the Dikeni Beekeeping Club learn how to extract honey using a centrifugal honey extractor.

During the training period, Tombozgani helped found the Dikeni Beekeeping Club where members share their new-found knowledge and skills. The club received 10 beehives to kick off their beekeeping endeavour. A year later, the club yielded a sweet harvest: 20 litres of honey from their 10 hives; this yielded an income of 57 000 Malawi Kwacha (approximately USD 80).

“We shared the income among us ­– and saved some money,” says Syria Sichali, a young woman club member.

The earnings will be used to buy more material to construct new hives. The Dikeni Club aims to own 20 beehives by year-end, more than doubling their production.

Although beekeeping used to be labour-intensive and sometimes dangerous, modern beehives and handling techniques have made it much more accessible. The start-up costs for setting up apiaries can be kept to a minimum by using recycled plywood, or discharged lumber and aluminium.

The transition from charcoal to beekeeping has enabled Malawian farmers to enjoy the fruits of their labours while preserving the environment. Not only does beekeeping preserve the natural flora, it also contributes to its flourishing. As pollinators, bees help increase the outputs of crops, and thus play a vital role in tree-growing, which in turn aids reforestation efforts in Malawi. 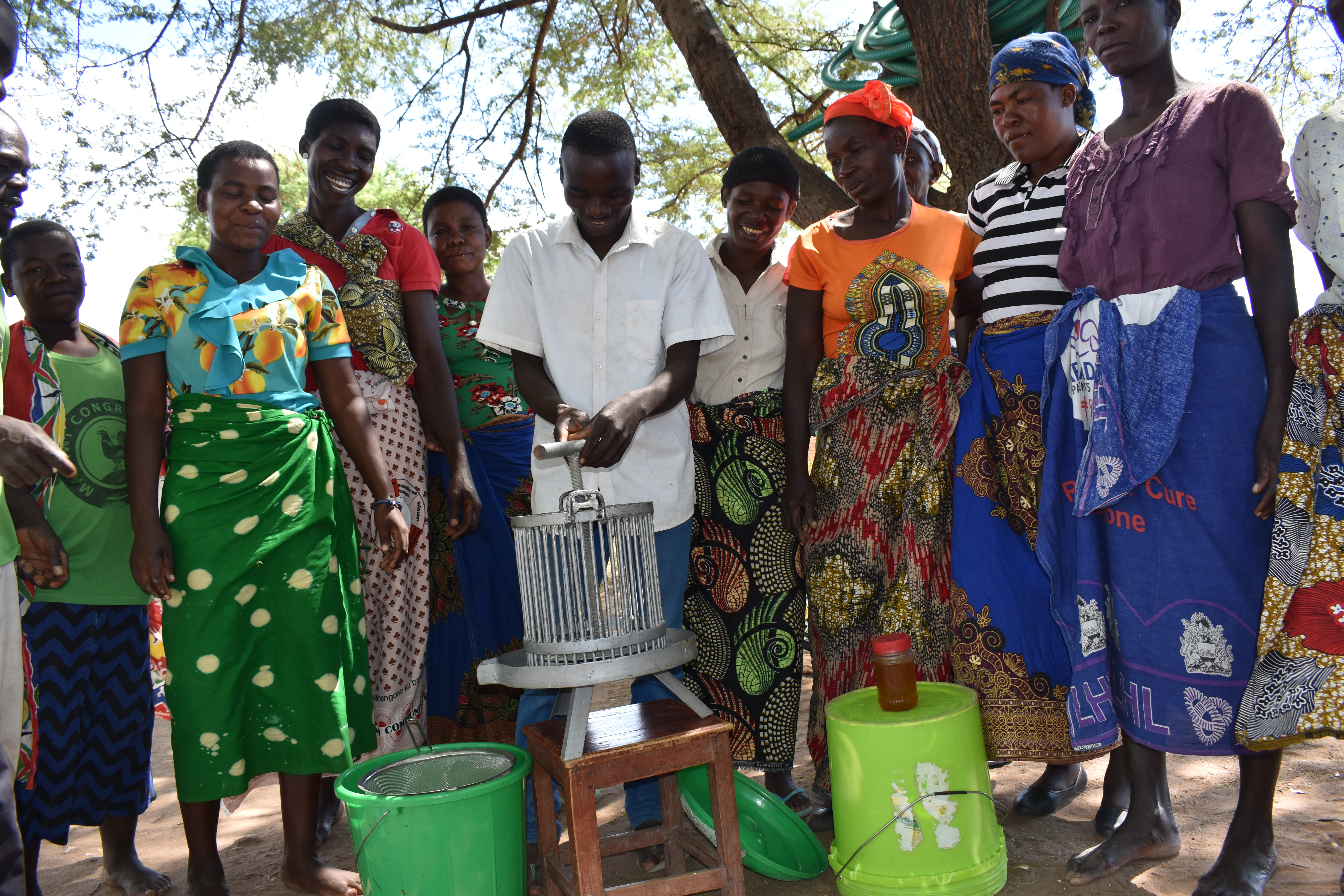 The beekeeping training has led to a more environmentally conscious community. Tree felling has decreased and charcoal production in Karonga has come to a standstill as community members are introduced to more profitable, more sustainable livelihood options.

The about-turn has also caught the attention of forestry and environmental officials in Karonga. “I can’t remember the last time I saw a bag of charcoal in the area,” says Kingston Tembo, assistant-district forestry officer.

Beekeeping not only provides a better income to a community that previously relied on unsustainable practices, but has catalysed a new generation of environmental stewards. “We know the destruction of trees will mean the end of our business,” says Irene Chilongo, a beekeeper in Karonga.

“At the end of the day, we are each other’s keeper.”