In order to ensure equal participation of women across the project, and across multi-stakeholder platforms and governance structures, the Ethiopia country project has established gender teams responsible for mainstreaming gender considerations at the national-, district-, and community-level.

These drivers also result in less decision-making power both within individual households and community governance structures. The participation of women in local political, administrative and development leadership and decision-making is negligible. Despite the fact that women make up 30% of the agricultural workforce, their agricultural contributions go largely unnoticed.

Climate change, land degradation, and biodiversity loss affect men and women differently – women are more vulnerable to water and food shortages, an imbalance that is exacerbated in regions that are impacted by climate change, land degradation and extreme weather events. In 2020, the dual threat of COVID-19 and desert locust swarms has further highlighted the ways in which women are particularly vulnerable when external shocks disrupt rural agro-food systems.

Central to the Resilient Food Systems programme is the understanding that social and economic inequalities between men and women undermine food security and hold back economic growth. The promotion of gender equality and women’s empowerment is a cross-cutting objective that is essential for the successful implementation of the programme.

Like many of the RFS country projects, the RFS Ethiopia project has established and developed the capacities of integrated multi-sector platforms at the national-, district- and community-level. The project is working to institutionalise women's participation within these platforms through the integration of gender teams and the scaling-up of gender training. 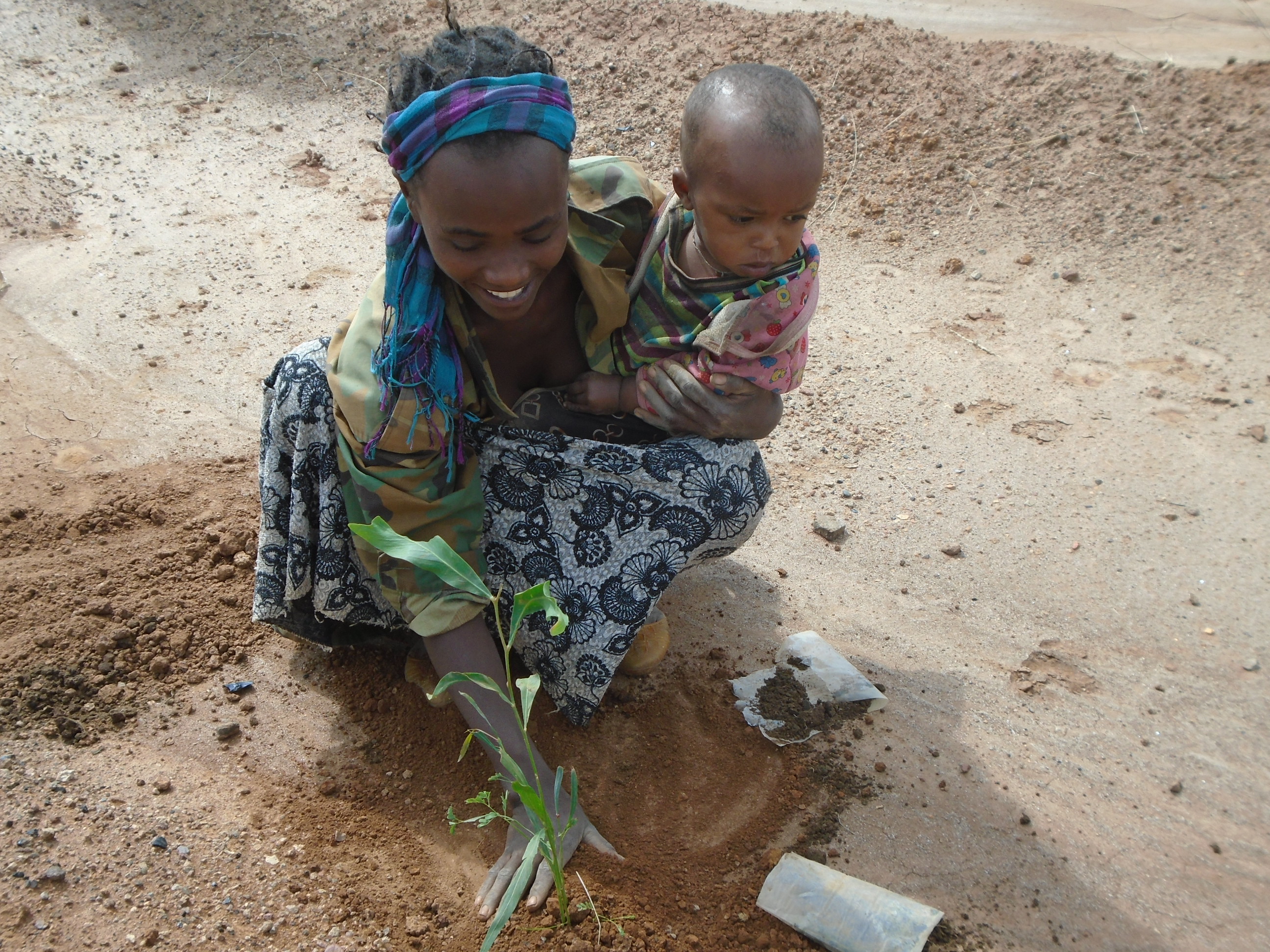 The project has established 12 district-level and 58 community-level gender teams responsible for mainstreaming gender into district development plans, conducting gender equality and family planning training, as well as holding community conservation meetings. In 2019, a total of 512 gender team members, 70 percent of which were women, were trained by gender specialists on concepts surrounding gender equality and women’s empowerment, policy support for empowering women, action plan development and mainstreaming gender into project activities.

Using their new skills and knowledge, the gender teams then prepared gender-responsive action plans to identify gaps in gender equality within each district and propose possible gender-sensitive project interventions. Through implementation of the action plans, the gender teams have made significant progress in engaging communities in constructive and actionable dialogues about gender equality. 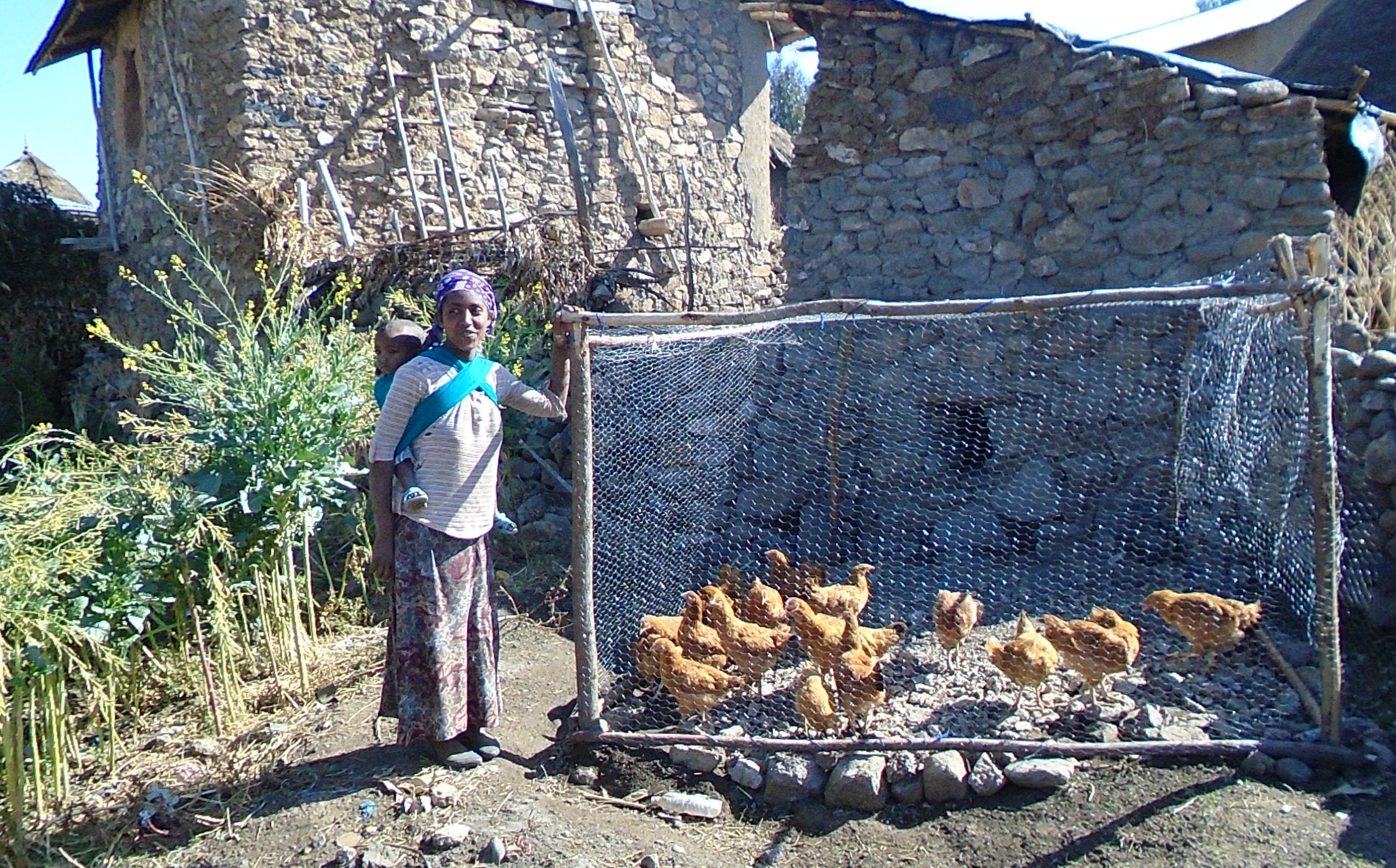 Within each community, gender teams regularly hold conversation meetings that raise awareness around issues of gender-based violence, childcare, gender empowerment, women’s financial inclusion, climate change and its impact on environment, and nutrition and food security at the household level. The outcomes of these meetings are reported on regularly and form a valuable input into community development planning processes.

Since 2018, community conversation meetings have reached over 4,200 households. The knock-on effect has been powerful. By giving both women and men a platform to openly discuss issues that are important to the community, for example, the prevalence of early marriage and the limited job opportunities for women, the conversation meetings have provided an opportunity for the development of shared solutions. Through these meetings, new ideas and information have become accepted and internalised, accelerating the impact of the project. With men engaged as advocates and allies for women’s empowerment, change is more deeply rooted and sustainable.

By generating a long-lasting, broad-based improvement in the livelihoods and rights of rural women in Ethiopia, the RFS project is making great strides in building the resilience of vulnerable communities and ensuring that the impacts of the project are experienced by both men and women equally.