Stretching 1,000 kilometres, from the central highlands of Mount Kenya and the Aberdare mountains to the Indian Ocean, the Tana River is one of Kenya’s most strategically important natural resources. © Roshni Lodhia
16 April 2021

The value of water: Making a business case for one of Kenya’s most vital resources

In Kenya’s Upper Tana region, government ministries, businesses, and farmers have come together to fund water conservation projects to secure a sustainable future for generations to come.

On 22 March, the Upper Tana-Nairobi Water Fund (UTNWF), led by the International Fund for Agricultural Development (IFAD) and implemented by The Nature Conservancy, hosted its annual general assembly in celebration of World Water Day. The annual international observance day celebrates water in all its life-giving forms and supports the achievement of Sustainable Development Goal 6: water and sanitation for all by 2030.

This year´s theme, “Valuing water”, explored the different ways we value water and how we can better protect this vital resource. The “value” of water goes beyond its price. It is integrated and reflected in our social, economic, ecological and political systems in very complex ways.

At its core, the mission of the UTNWF is about capturing, articulating and preserving the value of water within these various systems.

The first of its kind in Africa, the UTNWF coordinates the financing and implementation of integrated responses to help thousands of farmers in the Upper Tana watershed restore degraded land, harvest water, conserve soil, and introduce sustainable, nutritious and high-value crops.

The Water Fund uses funding from “at the tap” downstream stakeholders—business and water users in the city—to finance “at the top” upstream investments in water conservation and sustainable agriculture for the benefit of both smallholder farmers and downstream Nairobi residents.

Funds that are raised for the Water Fund during the project’s lifecycle are invested in the open market. The interest that accrues from that investment will fund the operations and activities of the fund after initial RFS project funding ends. “We are bringing in resources that already existed but are now channelling them into a shared governance space,” explained Project Coordinator Anthony Kariuki.

Building on seed investments from the Global Environment Facility (GEF) and IFAD, including through the RFS programme, the fund secured strong support from its stakeholders, raising a total of USD 2.1 million towards endowment capitalisation and mobilising over USD 20 million co-financing in cash and in-kind support from county governments, civil society and community-based organizations, farmers and the private sector. Companies, such as Frigoken, Coca-Cola, and East African Breweries Limited, have so far co-invested an estimated USD 1.6 million in the initiative. 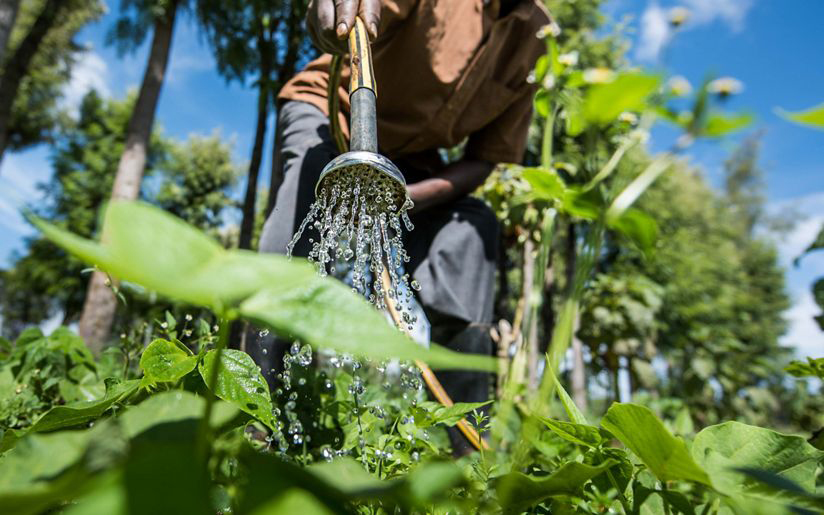 The biggest challenge any water fund faces is a common one: convincing water users it is better to invest in conservation and rehabilitation efforts now than pay for the often-dire consequences later.

Rehabilitation of the Upper Tana has become an imperative. Stretching 1,000 kilometres, the Tana River flows from the central highlands of Mount Kenya and the Aberdare mountains to the Indian Ocean. The river is one of Kenya’s most strategically important natural resources. It supplies 95 percent of the water to Nairobi’s 4.4 million residents and half of the country’s hydropower output.

Since the 1970s, the area’s rich forests and wetlands have given way to rows of tea, coffee, maize, and rice, removing natural areas that once stored water and filtered sediment. Now, as rain falls over farms, soil is washed down the steep hillsides into the river, reducing the soil moisture content of the land and increasing sedimentary deposits in the river. Increased sedimentation chokes water treatment and distribution facilities, placing pressure on an already vulnerable water system.

To combat erosion and subsequent water pollution, farmers in the Upper Tana must change course. Yet, the costs of transitioning to other crops, moving farms away from the riverbanks and rehabilitating the degraded landscape are high. Enter the Upper Tana-Nairobi Water Fund. The fund assists farmers with hands-on advisory services, materials and financing for integrated approaches that conserve soil and water.

The results speak for themselves: more than 14,000 smallholder farmers now use rainwater harvesting technology to store water and irrigate their crops, cutting their water use by 50%. As of December 2020, more than 17,000 ha of agricultural land have been restored. 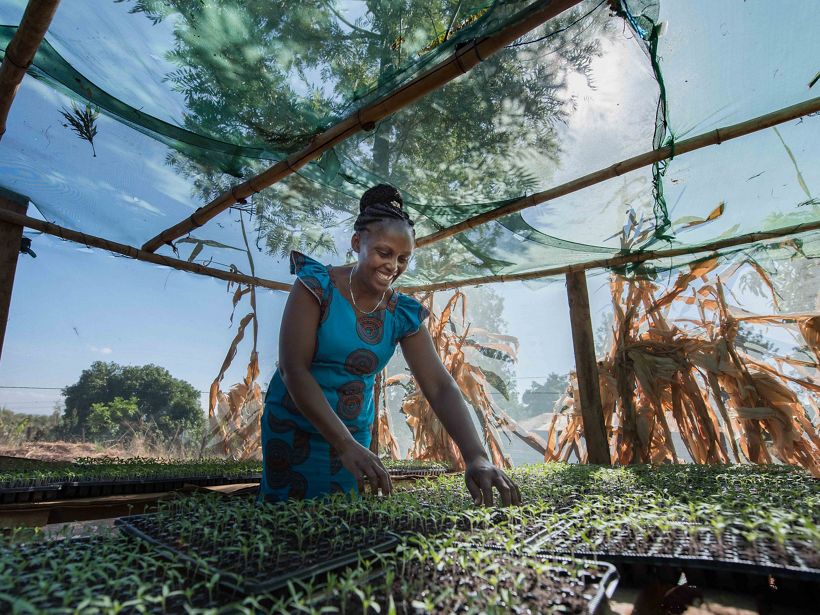 With support from UTNWF, Mercy Wachira was able to install a rainwater harvesting pan and diversify her crops. © Roshni Lodhia

During the World Water Day celebration, farmers like Mercy Wachira were able to share their stories of success. Before the establishment of the UTNWF, Mercy used to rent a riverside farm plot. While it was close to a water source, it was prone to flooding, and she spent a lot on fuel for her irrigation pump.

After hearing about rainwater harvesting systems from a neighbour in church, Mercy decided to move her farm. In 2014, the Water Fund helped Mercy build a 50,000-litre water pan to capture rainwater and plant bamboo and Napier grass to stabilise the riverbank and stop sedimentation. “The Water Fund taught us how to conserve our riparian land,” said Mercy. “That is why the water is clean.”

The success of the project has not gone unnoticed. The results of the UTNWF have inspired the Government of Kenya to pursue establishment of two additional water funds in Eldoret and Mombasa.

In the Upper Tana, farmers and businesses alike are learning that it makes sense to invest in nature. “It is cheaper to address the problem at the source than further downstream,” said Anthony Kariuki. Even small steps can aggregate into major positive impacts for farmers, businesses, and communities and for the broader ecosystem. “Prevention is better ­­– and more affordable – than cure.”