Women in Ethiopia are milking the benefits of a dairy group facilitated by the RFS Ethiopia project to diversify their livelihoods and think bigger.

With 85% of the population of Ethiopia living in rural areas and agriculture comprising 75% of the workforce, it may seem a wonder why Ethiopia is ranked one of the lowest food secure countries, globally. But high vulnerability to climate change and widespread land degradation make for a challenging context for small-holder and subsistence farmers, meaning every bit of effort counts towards food production.

However, women’s contributions to agriculture go largely unnoticed, overshadowed in a highly patriarchal society. Ranked one of the World’s most gender unequal countries in UNDP’s 2019 Human Development Report, Ethiopia struggles to harness the power of the women who comprise 30% of the agricultural workforce where they are culturally disadvantaged in access to land tenure, productive capital and decision-making.

But through concerted efforts to promote women’s empowerment, including mobilizing gender teams at all levels, the RFS Ethiopia project, implemented by UNDP in partnership with the Government of Ethiopia, is working diligently to change this.

Despite Ethiopia not conjuring up images of thriving food systems and gender equality, it’s women are a force to be reckoned with. As some of the most inventive, adaptable and successful actors in the RFS country project activities, they’ve shown that, once given the chance, the sky is the limit for improving livelihoods, transforming environments and empowering communities. And now, they are doing it again through a dairy farming group dubbed Demaksitu Cooperative. 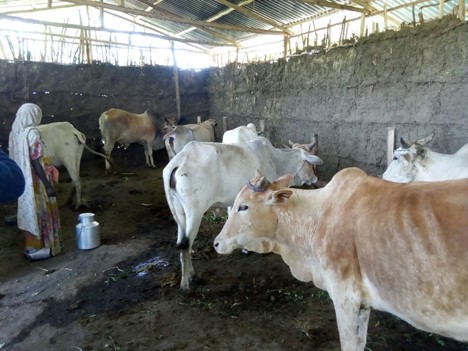 The dairy group was formed on the basis of targeting impoverished, rural women with no access to land. A group of thirty-five women in Doba district were selected to form the dairy group and underwent a series of capacity building training sessions to build new skills and ensure their success. Now, the group receives technical support from woreda livestock experts to see their cows flourish.

The project provided the women with 11 Borana dairy cows, who they care for in groups of 4 over shifts of two days. Care includes feeding, milking and cleaning of the cows’ living area, a shady workplace provided by their local Ifa-Aman kebele.

In response to the good news of this new initiative, the women’s local administration offered the use of a degraded hillside on which to establish a cut and carry fodder system to support the women in feeding their beloved cows. In turn, the women are restoring the land by planting multiple plant species and have already seen improvement to the once struggling slope. 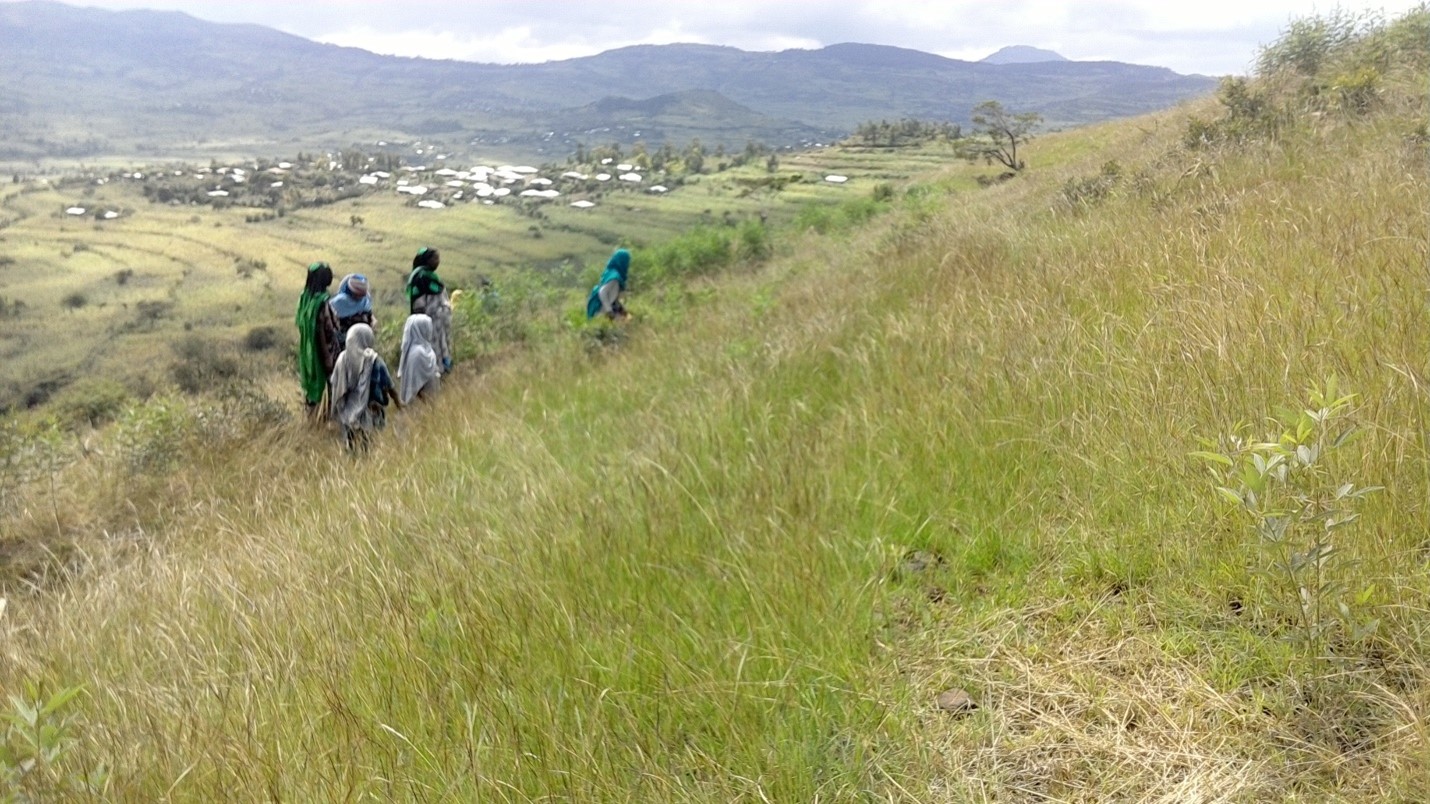 The cows have proven quite lucrative, each producing about 4 litres of milk per day, and the group has saved about 70,000 Birr (a little under 1400 USD), with each member boasting individual savings of at least 12,000 Birr (235 USD).

This group is not stopping at dairy production. With enough savings and momentum, they have diversified their entrepreneurship to include vegetable production. They are now growing potatoes, onions and tomatoes on rented land adjacent to their community. The women are also eager to invest in milk processing equipment to make butter and cheese.


“I learned one thing, then I could do more! Money brings ideas [for] the future.” - Sadia Ibsa, member of the women’s dairy group.

A little bit of a send-off is all this group of women needed to truly change their own lives for the better. The strength, ingenuity and entrepreneurial spirit that these women show, are clear markers of the potential for women farmers across Ethiopia, and the RFS team is committed to providing the framework support for them to shine.