Could avocados save Nairobi's water?

The RFS Kenya project, the Upper Tana-Nairobi Water Fund, has been working since 2015 to help thousands of farmers in the Upper Tana catchment area harvest water, conserve soil, and introduce more sustainable and high-value crops.

This piece was originally published by the Global Environment Facility.

Esther Wandia is an avocado convert.

Two years ago, the single mother of four decided to set up a tree nursery on her farm in Makomboki, in a hilly area north of Nairobi known for its tea production.

She began by selling her pigs and installing a two-meter-deep water harvesting pan next to her chicken coop. Then, using that collected rainwater, she started growing and grafting Hass avocado seedlings for sale to neighbouring farmers.

What began as a side hustle has already quadrupled her annual earnings -- the 1/4 acre of her farm allocated to the avocados is now earning Wandia more money than the 1 acre she uses to grow tea.

"There is no competition. The tree nursery brings in more income by far," she told a group of government and civil society representatives from across East Africa, who recently visited her farm to learn about her transition. 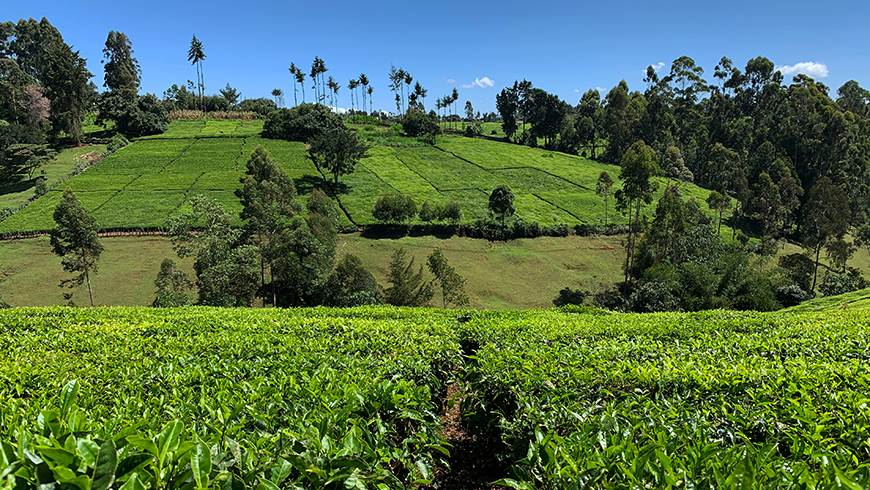 What Wandia and her neighbors plant on their land matters -- as runoff from their steep slopes lead to the water source for Kenya's capital city, where 60 percent of the population lacks reliable water access.

Hillside crops that lead to soil erosion can increase the amount of silt in the Tana River and other streams feeding into three man-made dams whose water is piped to Nairobi. Water-intensive plants such as eucalyptus trees that are common in the area add further pressure in the watershed where drought is an increasing concern both for farmers and for city dwellers.

This is why the Upper Tana-Nairobi Water Fund, a public-private partnership supported by the Global Environment Facility (GEF) and managed by The Nature Conservancy, has been working since 2015 to help thousands of farmers in the Upper Tana catchment area harvest water, conserve soil, and introduce more sustainable and high-value crops such as Haas avocados, grafted mangos, oranges, strawberries, and macadamia nuts.

In addition to raising local incomes and improving water quality and availability in Nairobi, this farm-by-farm transition is helping deliver global environmental benefits including improved soil protection, increased carbon sequestration, and reduced pressure on forests and the biodiversity on which they depend. 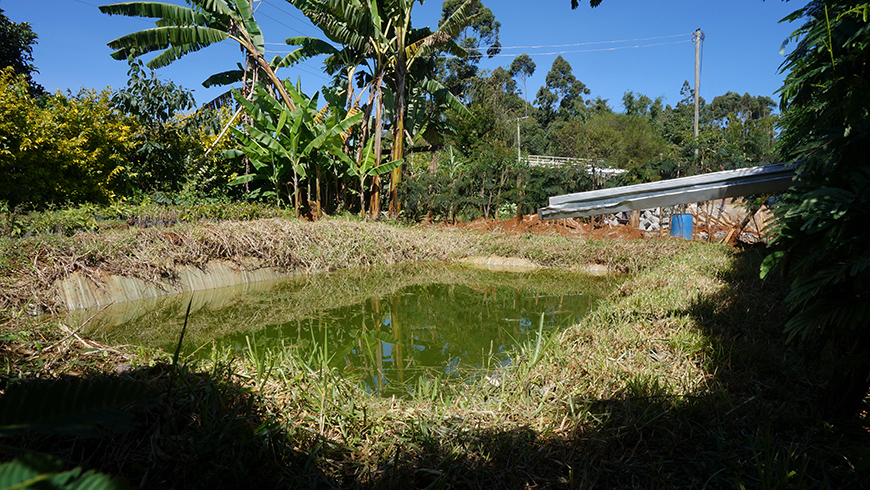 The Water Fund uses funding from "at the tap" downstream stakeholders -- including the beverage companies Coca-Cola and East Africa Breweries Ltd -- to finance "at the top" upstream investments in water conservation and sustainable agriculture. It was the first initiative of its kind in Africa and has since been replicated in other countries including South Africa, Senegal and Ethiopia, as well as two other cities in Kenya.

Other investors in the fund include the Nairobi City Water & Sewerage Company; the Kenya Electricity Generating Company (KenGen); the Government of Kenya and the county governments of Murang’a, Nyeri, Nyandarua and Laikipia; the Water Resources Authority (WRA); the Tana & Athi Rivers Development Authority (TARDA); Pentair Inc; Frigoken Kenya Ltd; the International Centre for Tropical Agriculture (CIAT); IFAD; and the GEF.

It is one of 12 African projects in the Resilient Food Systems program financed by the GEF and overseen by the International Fund for Agriculture (IFAD).

The Nature Conservancy's Anthony Kariuki, who manages the Water Fund, said its main goal was to secure an ample high-quality water supply for Nairobi, and reduce the amount of water that households, hotels, and other businesses in the city of 4 million must buy and transport via jerry cans. But he said the project's integrated approach to tackling water, land, and environmental pressures had multiple benefits both in the watershed and downstream.

Near the Tana River, farmers like Esther Wandia are already enjoying higher incomes as a result of the water harvesting pans, seeds, and seedlings being distributed by the Water Fund through its local partners. Young people in the area are also seeing dividends through internships and jobs for recent graduates, and from a Water Fund-supported annual marathon for 65 schools around the catchment area whose students participate the race in 5-kilometer relay segments. The Water Fund has also helped set up environmental conservation clubs in the participating schools, with activities including tree plantings. 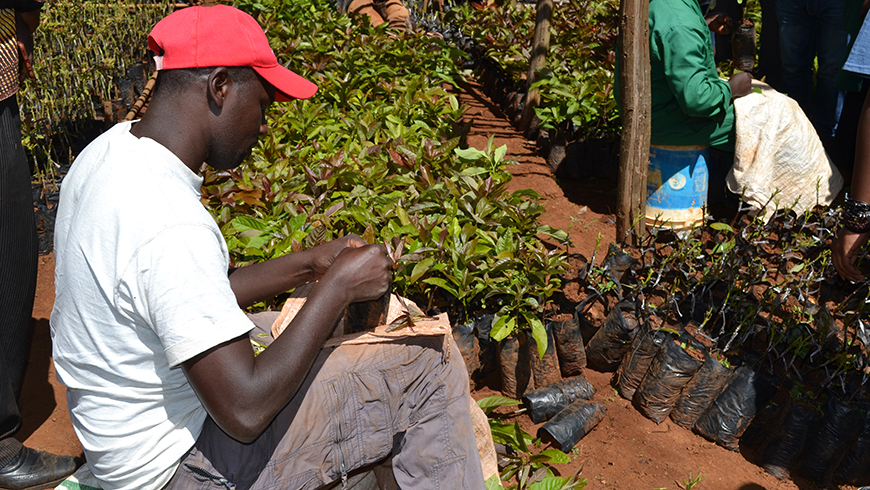 In Nairobi, the project's benefits by 2025 are expected to include increased water availability for the city, with up to 27 million more liters flowing in daily and increased reserves upstream. KenGen is expected to save $600,000 per year from avoided shutdowns of their hydropower facilities near the capital as result of less silt washing into the dams as well as added water supply. Nairobi City Water & Sewerage Company is also set to save $250,000 a year from reduced filtration and sludge disposal costs because the upstream water is cleaner. Every $1 invested by the Water Fund is projected to yield $2 in returns.

"It is cheaper to address the problem at the source than further downstream," Kariuki said, also stressing that even small steps can aggregate into major positive impacts for farmers, businesses, and communities, and for the broader ecosystem. "This is how resilience builds, from the part to the whole," he said.

IFAD's Yawo Jonky Tenou, manager of the 12-country Resilient Food Systems prog ram, said the Kenyan project was a good example of how investing private sector resources in rural areas can be a win-win for business sustainability as well as poverty reduction, food security, climate change readiness, and more.

Esther Wandia is so optimistic about her future that she is building a new house, with more space and better insulation, on the grounds of the smaller home she raised her three daughters and adopted son in.

She now employs two young people to help with the avocado tree grafting -- they do 500-700 per day, each -- with three employees more during peak seasons. Her enthusiasm has also caught on: five farmers along her dirt road alone have installed water collection pans like hers, and three neighboring farms have also started avocado tree nurseries since hers took off.

Françoise Clottes, Director of Strategy and Operations at the GEF, said while visiting Wandia's farm that such knock-on effects across the watershed showed how powerful it can be to tackle environmental challenges in an integrated way that is tailored to local conditions.

“It is inspiring to see how a small farmer like Esther is leading and spreading changes that improve local prosperity while also delivering the world urgently-needed improvements in land use, carbon sequestration, and water resource sustainability,” she said. “This is the beauty of an integrated landscape approach – it is genuinely tailored to local needs and also delivering global environmental benefits. 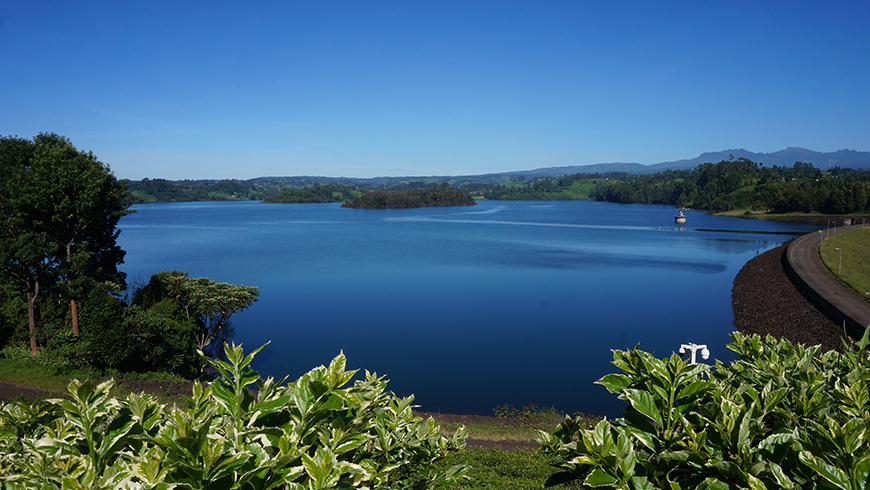